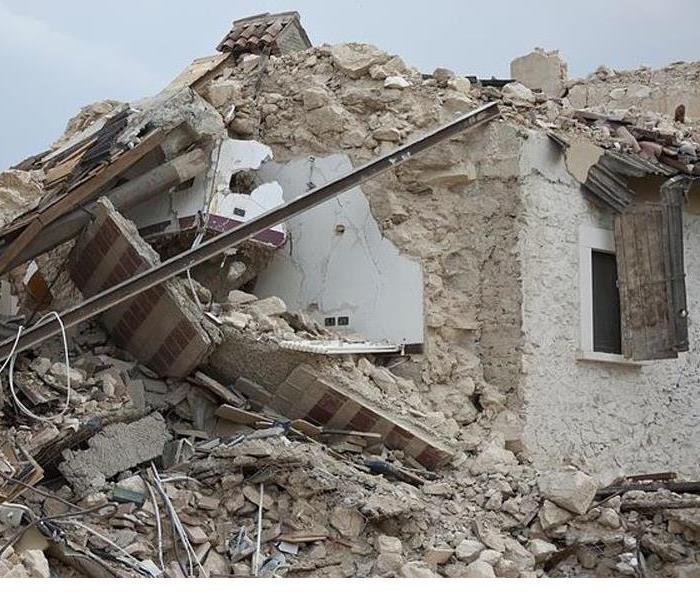 Scientists say the number of natural disasters is increasing

Natural disasters of apocalyptic scale have become the norm in recent years. Every few months, it seems, another nation is victimized by an unstoppable natural force.  So reports Statista, the statistic portal with statistics and studies from more than 18,000 sources.

Scientists have pointed out that natural disaster occurrences have increased and intensified significantly in the last 30 years. Some claim this is an effect of global climate change. Recent disaster records do not refute this claim. Since 1980, eight of the world’s ten most deadly natural disasters have occurred post-2000, the deadliest of which was the 2010 earthquake in Haiti, with 222,570 fatalities.

You’ve probably noticed a growing amount of TV, internet, radio, and other media devoting more and more time to reporting about floods and droughts and storms and earthquakes. In the United States in 2015 there were total 114 severe thunderstorms and 317 natural disasters.

Disasters Impact Greater Than Terrorism
Financial guru Warren Buffett has said that natural disasters, such as Hurricane Katrina and Japan's 2011 earthquake, have a greater economic impact than terrorism. These disasters, as well as tornadoes, floods, and tsunamis, cost the insurance industry billions. If large enough, they can  slow economic growth for decades.

One Storm, $50 Billion Damage
Hurricane Sandy (October, 2012) was called a Frankenstorm by the National Weather Service. It combined a 990-foot wide hurricane with a cold front and another storm, as well as high tides from a full moon. It damaged or destroyed more than 650,000 homes, 8 million customers lost power, and it cost $50 billion. Recent years have given us so many examples of the power and costs and death toll that natural disasters can bring. Think Hurricane Katrina, Japan’s earthquake and tsunami, the 2010 earthquake in Haiti and so many more.

Chances are you may never suffer the effects of one of the country’s or world’s greatest natural disasters. But “smaller” catastrophes can be just as devastating to smaller communities, businesses, and individuals.

What To Do In A Disaster
Are you ready if a fire, flood, or tornado strikes your home? It may not be fun to think about, but it never hurts to plan ahead - especially if you live in a disaster-prone area. Know where you should go, who you should notify, and what to bring. A great resource for disaster-planning is FEMA’s Are You Ready? It walks you through steps you and your family can take so that you are better prepared should a disaster strike. Among the many topics covered in detail are technological hazards, natural hazards, water conservation tips, terrorism, recovering from disaster, and family communications planning.

Why Prepare
Being prepared for a natural disaster can reduce your fear, anxiety, and losses. You can reduce the impact of flood water disasters and sometimes avoid danger completely. And FEMA says disasters disrupt hundreds of thousands of lives every year, leaving lasting effects to both people and property.

Disaster Preparation Information
Every month on the SERVPRO of Bloomfield/Enfield blog we publish educational articles on how to prevent natural disasters and deal with them quickly and effectively should they occur.